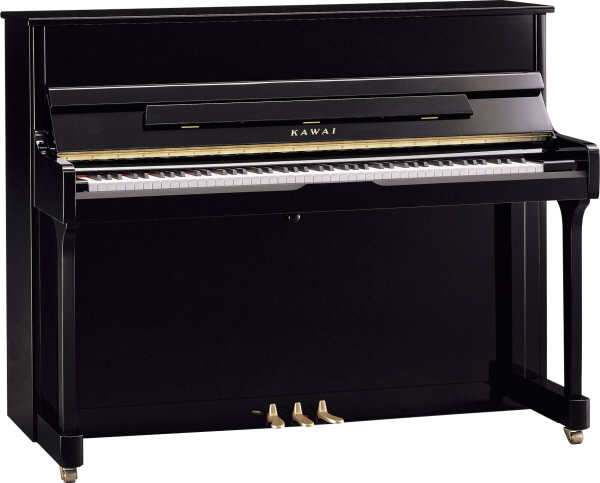 You've heard of a left handed drum kit and a left handed guitar?  Well now there's a left handed piano.  Kawai pianos, the specialist piano manufacturer renowned for its innovation and creative thinking have announced the launch of a brand new concept - the left-handed piano.  It's true that left handed people are generally stronger with their left hand than their right so it is more difficult when learning the piano when the majority of melodies and rhythms are played using the right hand.  After an extensive study and hours of research Kawai have found a solution to this problem.  They created a number of prototypes and invited left handed pianists to test the concept with a surprising amount of approval for the idea.

Many left handed pianists found that by effectively swapping the keyboard round so the bass notes run from right to left instead of left to right.  Bottom A is now at the far right of the keyboard with high C obviously being at the far left.  They have also reversed the pedals so the sustain pedal is on the left and soft pedal on the right - again because left handed people are also generally stronger in their left leg.

Due for release at the Frankfurt music show in 2 weeks time, Kawai have announced the new left handed piano will only intially be available as a K2 upright alternative in black polyester.  They hope to increase the range by the end of the year to the other upright models and there are even talks about developing the concept into their new range of GX grand pianos.  They will also release other cabinet finishes but initially it will just be black polish.

We hope to take delivery of our first Kawai K2LH-MEP upright piano by the end of April.  For more information on this great concept call us on 01628 771400 or email sales@sheargold.com